Our traditions, our sea

Mussel Season in Galicia: When Does It Begin and How Long Does It Last?

Galician mussels are a first-class culinary delicacy. It is the only seafood product with a Protected Designation of Origin (PDO). Every year, when the month of July arrives, the harvesting cycle of this mollusk begins. The mussel season takes off in Galicia, a process that involves many people: bateiros –who work or own the floating nurseries–, cocederos –places where seafood is consumed and sold–, wholesalers, processing industry, and canning companies; all of them taking this gastronomic symbol to every corner of Spain, and beyond our borders.

Galician mussel vs. common mussel: how do they differ?

The Galician mussel (Mytilus galloprovincialis) has certain peculiarities that differentiate it from the common mussel (Mytilus edulis), also known as the Atlantic mussel or blue mussel. The rich phytoplankton of Galician rivers gives its flesh an exceptional color, flavor and texture, and allows the mussels to attain larger sizes in less time. Consequently, the cultivation conditions and growth rate of Galician mussels differ significantly from those of Mytilus edulis.

From December to April, the bateiros collect the mussel seeds from the rocks along the coast. Afterwards, between March and June, spawning season for the Galician mussel, these seeds are placed in the floating structures that serve as nurseries, using mexilla –mussel farming– ropes, and lines of rope mesh socks that favor the rooting of the mussel once it begins to develop its byssus. The Mytilus galloprovincialis larvae attach themselves, feed on spring currents and grow larger during the following months until they reach the optimum maturity size. They normally require between one year and 17 months to reach this state.

When does the Galician mussel season begin?

The mussel season in Galicia begins in July, a period in which the mollusks begin to be ready for consumption, and it extends until February of the following year. During the summer months, the production is usually destined for the canning industry, whereas from autumn onwards, all efforts are focused on selling fresh mussels. Hence, the reason behind the popular tradition that seafood is best consumed in the months with an R.

Where are Galician mussels cultivated?

The regulating body of the PDO ‘Mejillón de Galicia’ mussels points out that the mussels with this certification come from the cultivation areas of the loughs of Vigo, Pontevedra, Arousa, Muros-Noia and Ares-Betanzos. The Galician loughs offer a perfect ecosystem for the development of these bivalves, which have been farmed in the area since 1945. Thanks to the temperate waters and the large amount of nutrients available, the mussels reach the authorized size for commercialization between two and six times less than the rest of Europe.

The mussel cycle PDO “Mejillón de Galicia”: from the sea to the table

Once the mussels are ready to be harvested, the ropes are hoisted and the mollusks undergo the following treatment process:

In addition, sorting tasks arecarried out to distribute the mussels according to their size.

Although the mussel season in Galicia only lasts for two-thirds of the year, the market allows us to enjoy this mollusk at any time, with all its organoleptic and nutritional qualities intact. With the PDO “Mejillón de Galicia” canned mussels from Palacio de Oriente you only need to open a can to enhance your appetizers, enrich your meals or brighten your dinners.

At Palacio de Oriente we are responsible for selecting, seasoning with our exquisite sauces and packaging up to 1,400 tons of PDO “Mejillón de Galicia” mussel meat per year. Every July the adventure begins again. The first mollusk harvests enter our factory in Bueu and we strive to prepare for you high-quality products that you can find in supermarkets and grocery stores. In addition, you can also buy them online without shipping costs within the Iberian Peninsula. As a result, it is always mussel season in our house, what about in yours? 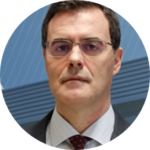 Albacore tuna fishing season: What is the ‘costera’ and how long does it last?

You can find out more about which cookies we are using or switch them off in settings.

0
0
The cart is emptyReturn to the store

This website uses cookies so that we can provide you with the best user experience possible. Cookie information is stored in your browser and performs functions such as recognising you when you return to our website and helping our team to understand which sections of the website you find most interesting and useful.